During the initial meeting with the customer, they explained that they needed a driveway and an area which could be used as a seating area for them to enjoy during the warmer months. With this in mind, we knew we needed to create something that met both the requirements.

We excavated the existing area and using the natural slopes that this driveway had we used this to create an upper level which is where the seated area would be and then the lower area for the double driveway.  The customer chose to have block paving laid on their driveway and to help then decide on which paving they would like we offered them address’ of other recent projects we had carried out for them to go and view to assist them with making a decision. The customer decided to go for Country Cobble Block Paving in the colour Slate. We bordered the driveway using sleeper beds which also defined the two areas and a pathway leading up to the front door. The customer then added the final touches using plants. 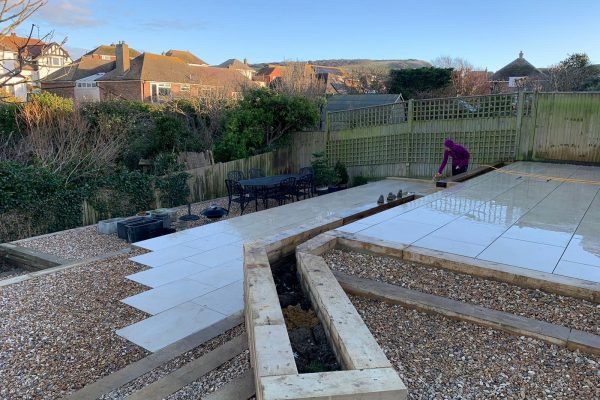 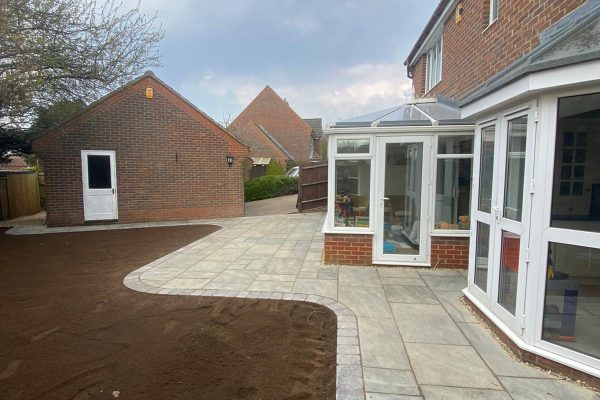 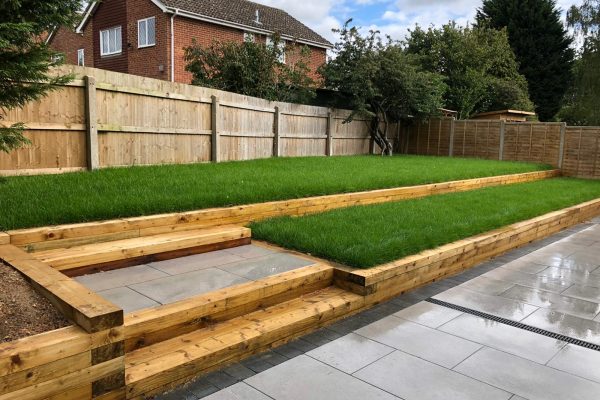